News: G.O.O.D. Music: The Album Has Been Announced!

Mr. West announced it himself via Twitter! G.O.O.D. Music : The Album coming this Spring 2012. We will keep you updated on any Tracks, Features and Album Cover news.

Official Music Video: “Lay It On Me” (Feat. Big Sean) by Kelly Rowland

Oct 12, 2011 1 100 In: Video! Tags: Big Sean, Kelly Rowland, Uncategorized By: lifesloneliestheart 0 Comment
[youtube=http://www.youtube.com/watch?v=HhoewflkQu0&ob=av2e]
Here is Official Music Video to Kelly Rowland’s “Lay It On Me” off her most recent album “Here I Am”. Enjoy!
Continue Reading

Video: Cypher Clique – “Got My Vans”

The last time I caught up with Cypher Clique I had said they were something unique. As with their last track, they dropped a smooth join entitled, “Got My Vans” prod by Zeke.  The track is a video off their mixtape “The Show.” Check it out and visit their sites:

The reason why I love OnCue is his ability to voice from the pit of his stomach, flow from the top of his head, but still speak from his heart.

“Don’t Fall for That” is a leak from OnCue’s forthcoming mixtape Can’t Wait. 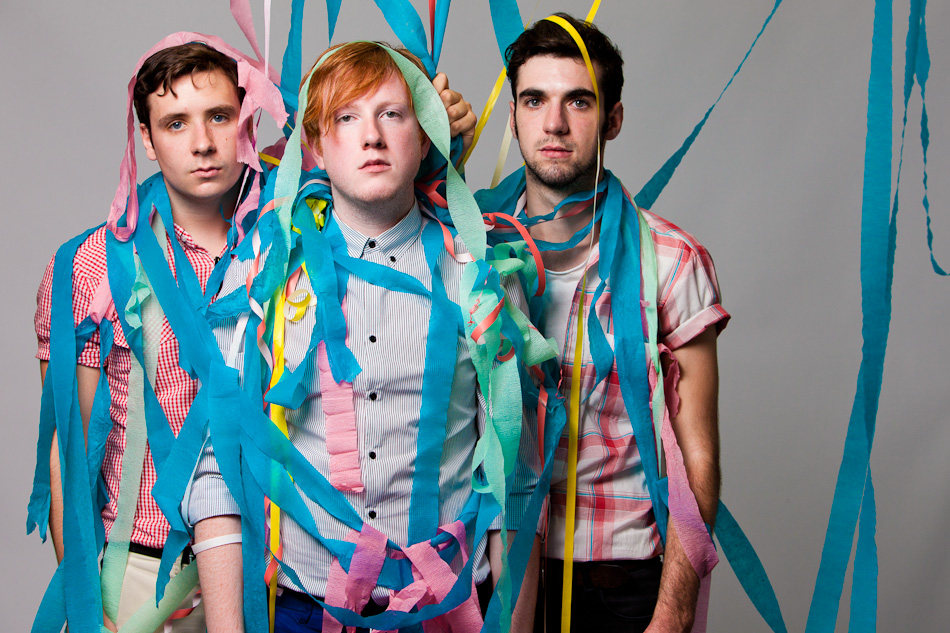 There is no denying that Two Door Cinema Club is my favorite band. I talk about them all the time and I have an uncanny bad habit of trying to compare every new indie rock band with the Irish band.

Two Door have been touring like crazy this whole year and have been talking about going in to a cave once they’re finished with their current tour slated to end next month. Along their tour shows they’ve been playing a new track or two that will go into their next album. I absolutely have no idea if they will master some of their old, unreleased tracks and put them into a new album–which would be amazing.

So, in honor of them finally being able to go off into the studio without the worries of having to play yet another show, I have compiled some of their old tunes found on Youtube and some of them playing new songs that I’m hoping will be in their new album.

I just want a little more than Tourist History right now and these are some of my favorites. I have included some tracks from their days before Tourist History, songs that were on Tourist History but in international CDs, and new but un-mastered tunes. There are a few more here and there but the quality isn’t good enough to post.

“Kids” is a track off the Japanese version of Tourist History and is undoubtedly my favorite track outside of the whole original EP.

Feel Good Wednesday! The Avalanches- Since I Left You

Watch the steps.
Get a drink, have a good time now.
Welcome to paradise.

I have this box filled with tons and tons of memories. A lot of these memories remind me of how far I’ve come. Some of the people I made these memories with aren’t in my life anymore. It’s understandable, life happens.The picture above was given to me by a girl with a cool attitude; she was always there for me and I was very fond of her for that. I forget why we don’t talk as much. Any who, whether we had a fallout or just faded away; these type of people made a mark in my life. It’s made me who I am today, and for that I thank them. The reason this sounds cliché is because it’s probably true!

Music to me is like a boat in the ocean; It carries me through the waves of life. For every mood or situation, I have an artist and/or song to get me through it. Fortunately for me, The Avalanches made my night enjoyable while I went through my memories box. How do I begin to describe this rush coming at me? I’m: happy,bittersweet, and even glad to know I’m still working out the small quirks I have.

If I Had My Own Theme Song

If you could have your own theme song, what song would it be?
I, not too long ago, found the song that gets me into the Rocky Balboa mentality. Sure, I may have exaggerated on that last statement, but who cares? It’s my theme song and it gets me in the zone to conquer it all. I kind of want to shout,” I am man! Hear me roar!” whenever I listen to this track.

The title to the song is ,”Paradise Mix” by Vacationer. A couple of weeks ago I wrote introduced this band on